Free Things to do In Henderson NV 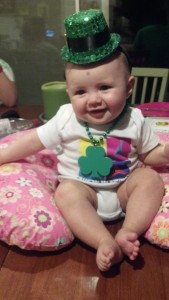 The city of Henderson is hosting it’s annual St. Patrick’s Day Parade and carnival events downtown on Water Street. The Southern Nevada Sons and Daughters of Erin are hosting the weekend festival and the parade on Saturday morning with the theme of “Love, Loyalty, friendship”. Come have fun and celebrate the Luck of the Irish.

Cost: Admission to the carnival, festival and live entertainment is complimentary.

Ernie and Leah started the Gonzales Team in 1999 however they have been selling real estate in Henderson NV since 1995. Ernie and Leah have raised two wonderful children in Henderson and now have a gorgeous grand daughter, Kendra. Kendra is the little Leprechaun in the picture. 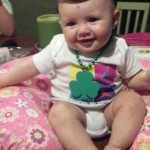 As local agents with over 20 years experience living and selling in Henderson we have been able to put together a complete online guide of Henderson and Homes in Henderson. You will be able to find all CURRENT available homes in Henderson, Las Vegas, Boulder City and North Las Vegas including; traditional sales, foreclosures, short sales, auction properties and much more. We have our complete search set up to send the most recent just listed properties so that you see them before the hit the other major real estate search engines. With our system you will be able to view the homes immediately and we will not send “contingent” or “pending” properties that are already in escrow. This will save your time and eliminate frustration.

All information on Downtown events are compliments of the City of Henderson Website www.cityofhenderson.com